In the first two years of me doing this, I have only used the “Pay what you want” principle, in which everyone could pay what they thought it was worth.

The idea behind this was that those who have a bit more money can pay more and those who are a bit tighter on money can still book in for a consultation not having to fear the financial aspect of it.

It turned out, however, that most people paid more or less the same amount of money and two problems arose: firstly, customers were overwhelmed by the concept and did a lot of research to determine an appropriate price. Secondly, I was not paid at all when a Camino (usually due to Covid) was cancelled. My main job was done, but the concept of “pay me once you’re back” did not work anymore.

This is why I have now decided to set prices. However, I still like the idea that no one has to do without support during their pilgrimage planning just because they’re tight on money. Therefore, you have the option to pay into a pool of money from which I can then give out generous discounts to those who are financially worse off.

I’m not a business or agency, I’m just a Freelancer who cannot really live from the consultations themselves because I invest way too much passion and care into every single one of “my” pilgrims.

But I would have needed support and advice before I went on my first pilgrim adventure, which is why I want to offer this service even if it would have been smarter, financially, to keep working as a programmer :D.

You will receive a consultation from me on which Pilgrim path or section would be suitable for you, you will be supplied with proposals for suitable lengths of stages as well as areas to stay overnight. I will look for suitable accommodation options and advise you on the necessary equipment, as well as answer all the questions you have. I will be present to help you while you are walking – no matter which questions you have or the crises you’re in, you can always contact me! I know all the paths very well and will find solutions when you need them. You will start your pilgrimage well prepared with a complete package, a detailed and individually tailored pilgrim guide, as well as my phone number on speed dial :D.

The prices for two people are the same, so it starts from only 100€ per Person!

(That is roughly what travel agencies calculate on top of the price of your hotel when you book with them – just that that would be a pre-made package and not a plan tailored to your needs and wishes.) 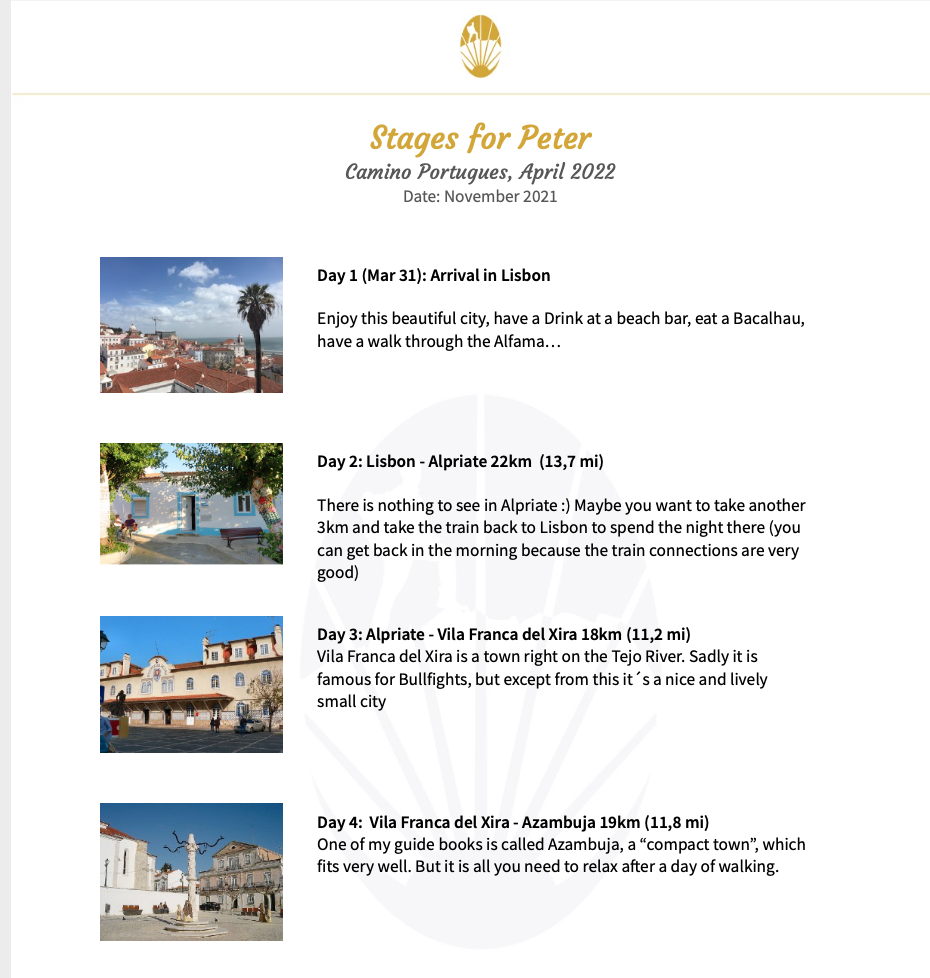 If you book in advance

You don’t need any of this but want someone to be in the background of your travels to feel more secure?

That’s okay. If you’re just looking for someone who can answer some of your questions and whom you can rely on when you get lost, I would offer that service for 80€.

The package would include questions via e-mail before you get started (30min of my time investment) or via Video call (30 min) as well as my phone number to hold onto for when you are there and need me.

If something was to happen on your trip – all accommodations are booked or you have a personal crisis (my apprenticeship as a psychological counsellor must be good for something) or anything else you can get hold of me and I will try and help you.

If my help is needed for more than the official time (30min) I will let you know and every hour of working time for me would be an extra 65€. This, however, has not happened yet, because my heart is just too good :D. But of course, a claim for a free multiple-hour coaching- or research session can not be made.

* The small print: as an individual, I cannot guarantee to be available immediately. However, I usually get back to you very quickly. *

The first evening can be hard. Some ask themselves what they got themselves into and if it wasn’t a bad idea to do this.

Especially if you start in a big city like Porto instead of a small town like Saint Jean.

This is why I offer the following Welcome Package which you can book on top of your normal consultation or just by itself (if the appointment works – and you want to walk the Camino Portugues from Porto onwards):

I will recommend suitable accommodation in beautiful Porto and will pick you up there on your first evening to take you to a locality that I think you would enjoy – we would either take a two-hour walk through Porto (which trains the calf muscles) and show you the city or we will go to my favourite Craftbeer bar, drink a Porto Tonico at the river, we could even go to an affordable restaurant that you like the sound of. During this time I will be able to answer all of your questions about the path or about making a pilgrimage in general. We can also just talk about your reasons behind going on a pilgrimage – just what you would like and what you feel you need before you start your pilgrimage.

This Welcome-Package (food and drink not inclusive) would be 150€.

By the way: the welcome package can be used as a gift too – if you know someone who wants to walk the Portuguese way of St. James but is scared about any part of the process, you can give her/him/them a voucher to make their start easier. Just send me an email to hello@your-camino.com 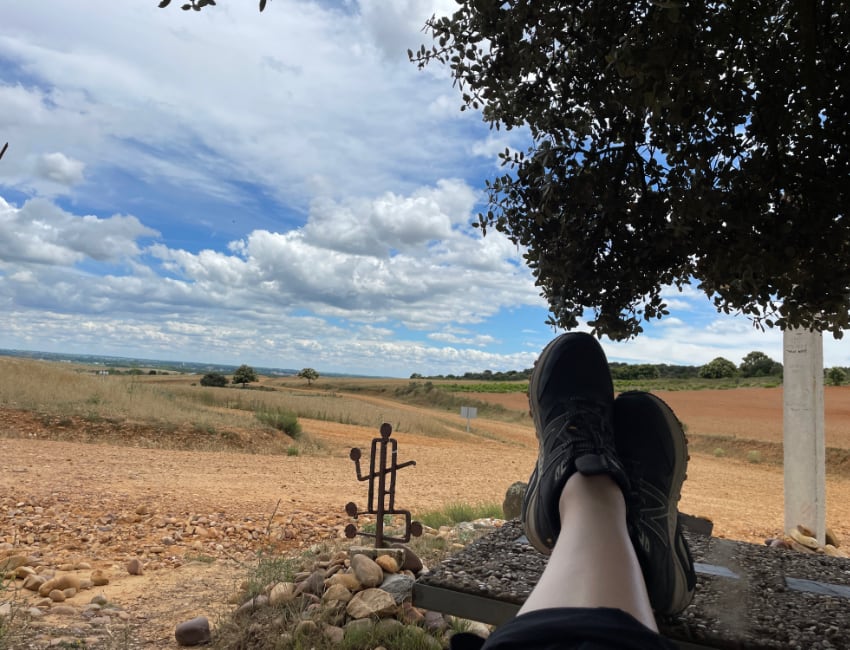 You don’t want to plan beforehand to be carried away by the Way of St. James and decide spontaneously, however, cannot be bothered to look for accommodation every day or make mistakes in your planning?

We would have a conversation beforehand on what is important to you and what you prefer about specific areas and accommodation etc.

You wouldn’t start with a personalised plan but with a general one and a recommendation for your first evening instead.

From there you would get in touch with me at the end of every stage and let me know how you’re feeling. If you have reasons to reach specific places (e.g. other nice pilgrims) I will make recommendations for the next day, considering the weather forecast, and route profile, and include links to accommodations that suit your needs and are still available at the time.

This is the perfect combination between freedom and the luxurious aspect of having a Way of St. James assistant :D.

Because for me this means researching accommodation and other aspects you’ll need every evening – not considering my own plans for those evenings – this service is a bit more expensive at 45€ a day.

And of course, the appointment has to be suitable – if I’m walking a Camino myself at the moment for instance, I cannot offer this service for that time period (tested it already and thought it wasn’t great).